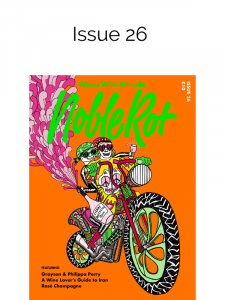 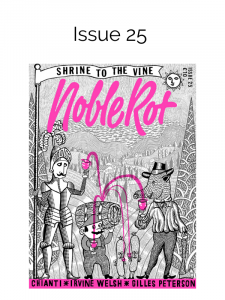 Noble Rot magazine is the most exciting wine publication in the world and is rarely found outside of London wine shops. This is a gift to impress anyone who loves to know more about insiders secrets.

Noble Rot was founded by Dan Keeling and Mark Andrew. Keeling previously worked in music as managing director of Island Records and head of A&R at Parlophone Records, where he was responsible for signing acts including Coldplay, Bombay Bicycle Club and Lily Allen. Mark Andrew is a Master of Wine.

There are no reviews yet.

Only logged in customers who have purchased this product may leave a review.

Please go to the Instagram Feed settings page to create a feed.

Decide which cookies you want to allow. You can change these settings at any time. However, this can result in some functions no longer being available. For information on deleting the cookies, please consult your browser’s help function. Learn more about the cookies we use.

With the slider, you can enable or disable different types of cookies: